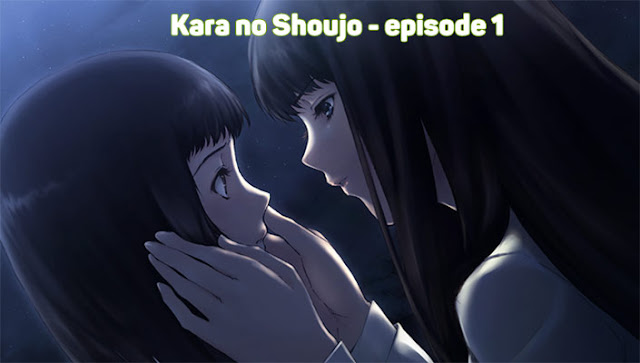 Set in a post-World War II Japan during 1956, Kara no Shōjo’s story revolves around Reiji Tokisaka (時坂玲人 Tokisaka Reiji), a private investigator who is investigating a series of grotesque murders on the request of his former colleague, Kyozo Uozumi (魚住夾三 Uozumi Kyōzo) of the Tokyo metropolitan police force. The murders are reminiscent of another string of serial murders that occurred six years ago prior to the game where Reiji lost his fiancée, which drives him with a strong desire to solve this case. Reiji also meets a girl named Toko Kuchiki (朽木冬子 Kuchiki Tōko), who asks him to find her real self. Reiji is initially unsure of what she means, but later finds out that Toko has an unusually complicated past that may have more to do with the current string of serial killings than Reiji initially expects. While working to solve the growing number of murder cases in Tokyo, Reiji takes some time out to get to know Toko while working behind-the-scenes to unravel the mysteries of her dark past. The Orcs Strike Back

Pachi Pachi On A Roll Unleashed